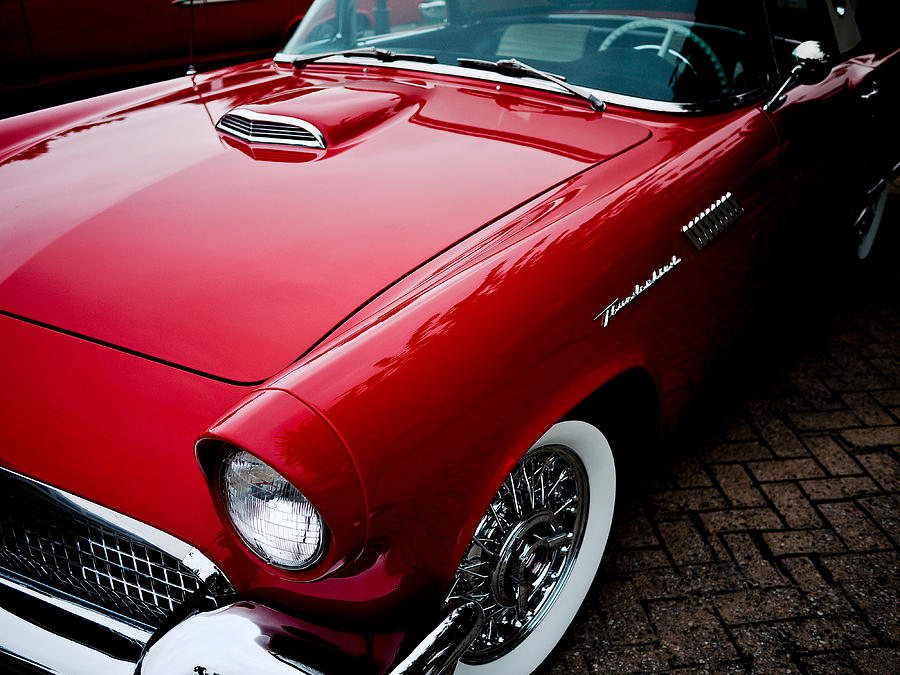 The coupe, as shown in this picture was particularly sought after because of its detectable top and classic good looks. The circular porthole windows that were added for the first time to the 1956 model were also an innovative design of the time that added a lot of cachet and gave a distinct look to the Thunderbird.

The one limiting factor to the 1956 Thunderbird was that it came only in a two-seat model, something that was corrected in 1957 when Ford came out with a four-seat model. However, for many car collectors, the two-seat 1956 Thunderbird with the porthole windows represents the pinnacle of classic 1950s American cars.

Fabulous photo of a '56 Thunderbird with a great composition, Miles! F/L

Beautiful, rich colors. You inspire me!

Outstanding capture of this iconic vintage car! I always wanted one! Fl

great shot, my grandmother had a '57!

Wow, that deep red is intoxicating...